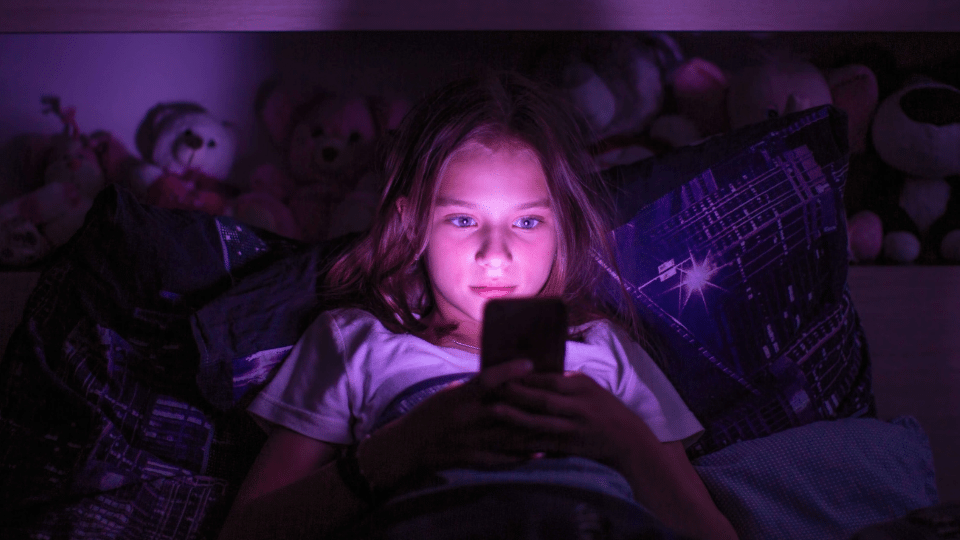 Emma Rogers, co-founder of Little Bridge, asks the important question Is social media safe for kids? And crucially, is social media a place for kids? Originally published on Medium on July 30, 2020

Your child can start their social media journey safely with Little Bridge.
Get started with a free account today!

We like to think we’re a long way from the expression: ‘Children should be seen and not heard’. This old English proverb dates from the 15th century. In its original form, it referred specifically to ‘maydes’ (young women) who were expected to keep quiet. It’s a phrase that has reverberated down the centuries, is often associated with our Victorian past, and is generally thought to be redundant today.

The concept of childhood

Childhood is a relatively recent concept, now recognised as a particular part of being human. We could start with the enlightenment perspective of Jean Jacques Rousseau who wrote, ‘Why rob these innocents of the joys which pass so quickly?’ Then consider the late 19th century utilitarian view, with tax-supported schools, compulsory attendance and educated teachers, to produce healthy, literate children who become useful and responsible members of society and ultimately of the workforce.

And in the 20th century, with the progressive education movement, we can see the focus becoming the innate creativity of children. Whilst the latter has taken a battering in recent decades, creativity seems to be emerging again as a very desirable asset for the 21st century.

The business of childhood

Childhood is also a commercial opportunity. Alongside the huge sums invested by big platforms to provide online spaces for children (often regarded as a ‘hook’ into later use of the same companies’ adult platforms), there’s a wealth of industries built around childhood. They encompass nutrition, clothing, sport, entertainment and education. There are also clear signals in our landscapes — play parks, special children’s menus and child-friendly seating in restaurants, child-focused movies and movie screenings, TV shows, music, podcasts etc. — all part of the lucrative business of children.

And of course, there are nurseries, playgroups and schools that society fashions to meet its current operational needs. Globally these vary by geographical region and cultural contexts, but what seems to be universal is that we approach both education and commercial opportunities top down.

Each culture imposes an adult perspective on what is offered and how children are ‘managed’, with the prevailing sense that we adults know best. We’re reluctant to take childish voices seriously. The child’s point of view, if referenced at all, is generally considered as input to a focus group. We thus underestimate their capacity to shape their own experiences.

Childhood, is it all just child’s play?

The word ‘childish’ itself tilts from childlike and youthful to the more commonly assumed immature and foolish. So easily dismissible. Childhood is viewed as a developmental stage to be gotten through in order to reach adulthood. And increasingly, it’s thought to be a period full of dangers, requiring ever-watchful, adult supervision. Steven Mintz, Professor of History at the University of Texas observes that today, ‘parents choose to ensure their kids are in much more adult-structured, adult-supervised activities than they did in the past’.

Yet denying children a voice in our connected world poses its own problems. Ask most parents and teachers and they’ll tell you how important it is for children to be able to think critically, work collaboratively and to develop a global outlook, with qualities like curiosity, respect and (often overlooked) kindness. As part of this process they are finding their own voices and their awareness of other voices in the world. Learning about and relating to others is part of a natural process in childhood.

Finding one’s voice and discovering empathy with others starts with the friendships children form early. As I’ve mentioned before, more than half a century ago the American psychiatrist Harry Stack Sullivan, described the importance of social engagement or ‘chumships’ in activating a child’s sense of empathy. He wrote, ‘when he finally finds a chum somewhere between 8-and-a-half and ten … a child [is beginning] to develop a real sensitivity to what matters to another person.’ Expanding your social circle, looking to the wider world beyond your own physical boundaries, is the next step in this process.

When I was at primary school, unless you were particularly fortunate, going beyond your immediate friends and family and meeting and befriending children from further afield generally meant exchanging letters with a ‘pen friend’ or ‘pen pal’. My teacher worked with a gateway organization to connect me with a girl in Southern Rhodesia (now Zimbabwe). The descriptions of golden days and wide horizons with free-roaming wild animals were exotic and exciting.

But after several ‘snail mail’ exchanges, my new friend — a wealthy white girl of my own age — expressed views about race and class that shocked me. This was my first exposure to apartheid. It provoked a strong reaction from my parents too — they cancelled my access to the service and forbade any further discussion on the matter! Yet that child’s (unrepeatable) words remain with me today. They made me think and I believe they helped shape who I am. Nevertheless, at the time, I was baffled by my anxious parents’ revulsion, almost as if I was somehow complicit.

Childhood in the digital age

In 1989, the United Nations Convention on the Rights of the Child called for greater levels of child and youth engagement in society. Since then, we’ve had the internet revolution and the explosion of social media which has impacted profoundly (for good and ill) on our daily lives. Today, engaging with the world through social media poses significant dangers to our children, setting alarm bells ringing that these are no places for kids. Rightly so, because what’s on offer was built for adults, not always with their wellbeing in mind either. The evidence is clear that children access social media sites that they shouldn’t, by evading the ‘mandatory’ age limit which is supposed to be the gateway.

As problems with children’s gaming platforms emerge and social sites evolve into the metaverse, things get even more complicated. We learn of more dangers for children, along with adults complaining of kids spoiling the grown-up’s experience. Whilst we are beginning to introduce programs designed to educate children about the pitfalls they may face online, the data suggests we’re already playing catch-up. As adults, we assume the guardianship of our children’s experience. So often our first thought, even if we don’t relate to helicopter parenting, is to want to ban social media altogether. Just as my parents shut down my pen pal correspondence.

Is this a missed opportunity?

When it comes to creating today’s online social networks, how seriously do we listen to childish voices? More importantly, how do we consider their need to develop real powers of communication and critical thinking? Today’s children are looking to connect. They’re also looking to express themselves creatively, as their engagement with sites like TikTok has shown.

They are also exposed to and understand global issues and have strong opinions about them, including the media in which the public debate unfolds. After all, it’s their world too, their future, and they have something to say about these things.

During the COP26 climate conference, loud and defiant young voices were generally excluded from the grown up arenas. One notable ‘mayde’, Greta Thunburg, was determined to make us understand that her generation wants to be heard, particularly on issues that are focused on the future. These young activists from around the globe, many under the age of 13, informed and organised themselves using social media. It proved both educational and empowering.

There is a compelling case for adult supervision of children online. But this has to go beyond the current focus of outright bans or else trying to double down on the barriers at the gate. In any event, it’s negligent to assume that once you’ve passed ‘vetting’ and are inside a ‘playspace’, you’re safe. Far better to provide young children with clear rules and boundaries for their interactions, to educate them to build good social media habits, promote sensible ‘screen time’ (which probably means modifying our behaviours too) and then let them explore, all the while investing in steady and sustained vigilance. As parents and teachers we already do this in the physical world, only incrementally loosening our grip.

The clue lies in what we already know about how children interact and how we can foster this. Sure, they like to hang out and do nothing much. But they also like to test themselves and others; to feel they’re doing something for a reason; that it’s fun yet purposeful, enables meaningful connections, and that it leads to achievements.

Being seen but not heard is not a great place to be. Social media is here to stay and increasingly the future of work will be global, with people interacting and exchanging skills across geographical boundaries. So let’s not turn these networks into an exclusive, forbidden fruit for our children. Or else transfer our fears, because ‘online’ is where adults sometimes behave badly. Rather, let’s build positive places for them, where they can happily participate. In other words, let’s make safe, healthy, life-enhancing online environments where they can play, learn and grow.

Places that truly are for kids.

(And while we’re at it, let’s improve the adult experience too!)

Little Bridge’s mission is to create a safe space for young children (aged 6-12) to connect, make new friends and learn to communicate (kindly!), in English.

Why is learning English important for your child? – Little Bridge

How to help your child learn English grammar – Little Bridge